Automation Anywhere, the world leader in the field of robotic process automation (RPA), announced that the reputable research company Gartner in the annual Gartner Magic Quadrant rating named it the “Leader” in RPA for the fourth year in a row.

Automation Anywhere, whose shares were acquired by Veligera Capital in August 2021, has earned a leading position thanks to innovation. As a successful example, Gartner highlights the Automation Anywhere solution based on computer vision — AISense. The acquisition of Fortress IQ, the process detection provider, at the end of last year is likely to further expand the capabilities of the platform and increase the capabilities of the digital giant. Other strengths of Automation Anywhere include a focus on cloud technologies — with deployment options for Google Cloud Platform and AWS — and an understanding of marketing.

The company has also been named a leader in Gartner’s Magic Quadran in 2019, 2020 and 2021. In addition, a few weeks ago, Automation Anywhere took the first place in the global RPA market share ranking for the second year in a row, according to the international research company IDC. 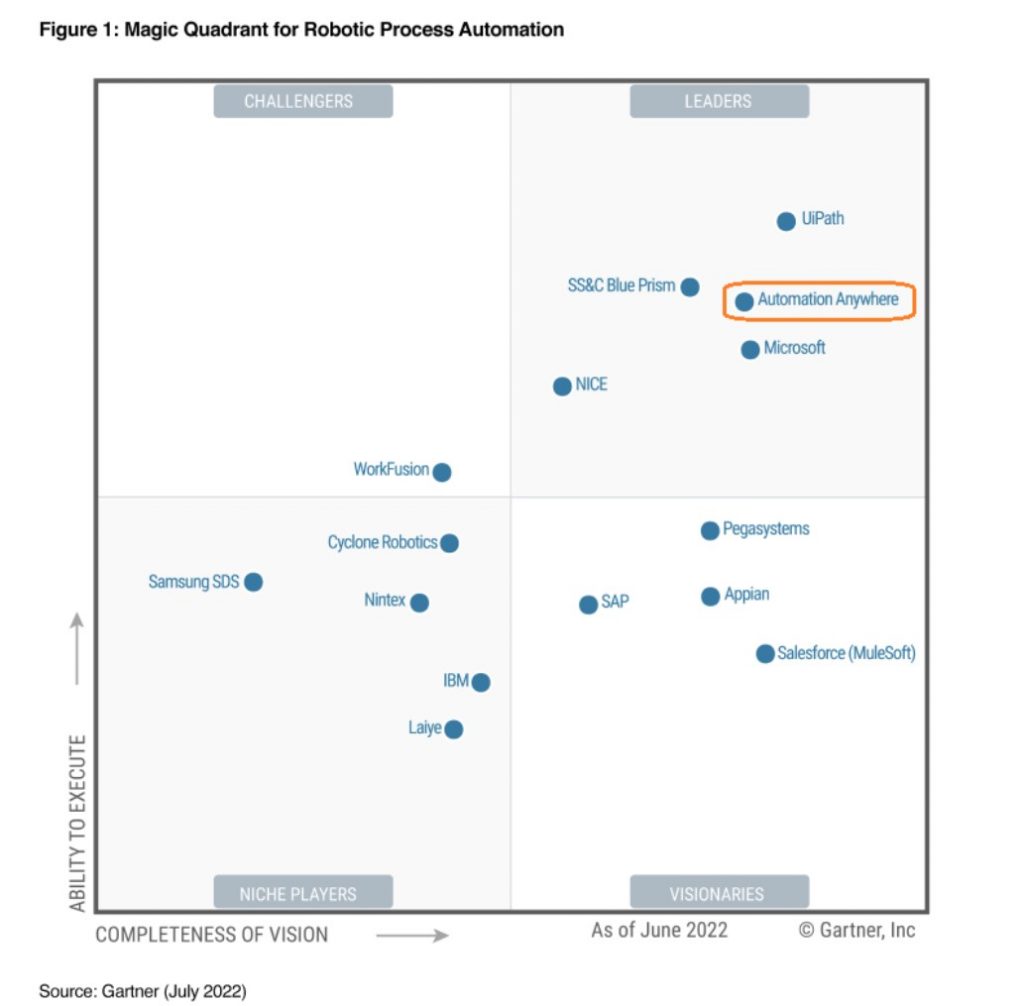 Gartner also reported that global revenue from RPA software in 2021 increased by 31% to $2.4 billion, which is much higher than the average growth rate of the global software market — 16%. In addition, a new study Automation Now & Next by Automaton Anywhere demonstrates that investments in automation continue to grow: over 77% of business leaders plan to increase their automation spending next year and deploy more than 500 robotic jobs.