How does a market correction affect an investor’s strategy?

The waiting for a global correction because of a general economic downturn is forcing investors to change their strategy and reconsider risk approaches, causing them to move away from high-risk instruments. Why now, against the backdrop of falling indices, over-the-counter instruments are increasingly attracting the attention of investors, is telling Dmitry Kartvelishvili, director and co-founder of the Veligera Capital fund.

Every investor who wants to earn more than the deposit rate in large banks assumes certain risks. The higher the expected return, the more risk an investor must be willing to take. Conversely, the low income of conservative instruments is compensated by their high reliability. This strategy worked before the start of the correction caused by the pandemic.

PREREQUISITES FOR A PARADIGM SHIFT

The more difficult the situation in the global economy, the worse the usual investment models work. Many investors now not only reduce high-risk securities in their portfolio, but also count risks differently.

Rising inflation, over many months correction of major indices, and high volatility in global financial markets put investors in a difficult situation. For the past 2 years, once highly reliable instruments have been struggling to cover inflation, and against the background of a correction, they can cause losses. When many traditional financial instruments, familiar to conservative strategies, have a loss potential comparable to the income potential over a 2-3 year interval, the decision to increase the share of securities with a higher risk, but at the same time with a much more effective risk/reward ratio, seems quite logical.

This situation prompted many to reconsider their risk profile and include venture investment instruments in their portfolio. Why does the choice fall on high-tech companies?

In a situation where the market is stormy, venture capital investment, an instrument with increased risks and increased returns, acts as a safe haven.

The global process of technology growth never stops, a technology company can develop and grow even when the global economy shows a recession and markets fluctuate significantly. 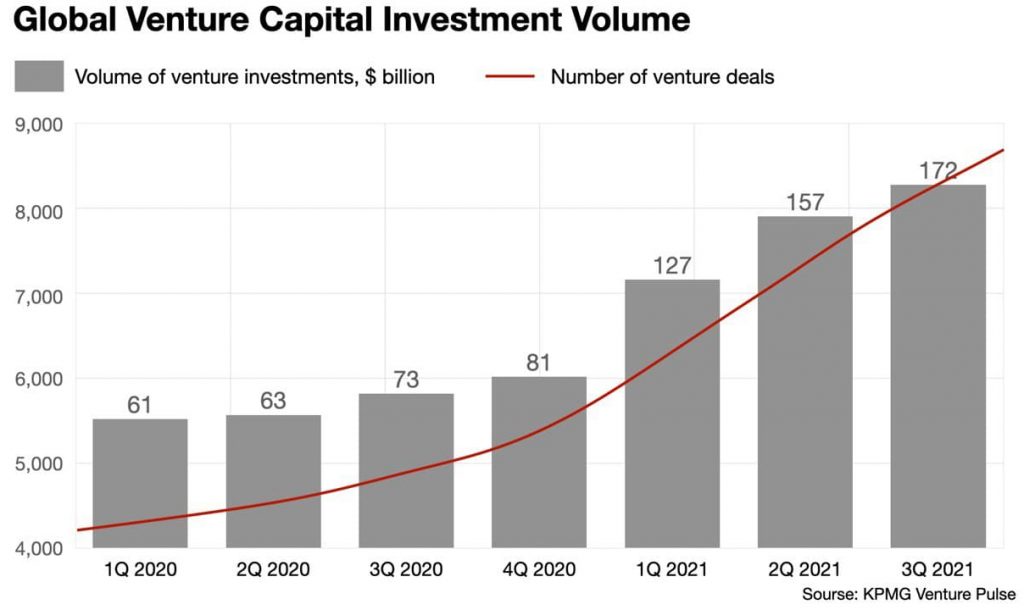 The main risks of venture capital investment are associated with the survival of technology companies. To reduce risks, many investors invest in the later stages, shortly before the project goes public, so that on the horizon of several years it is highly likely to receive income in excess of most known investment instruments.

PRE-IPO IN A NEW WAY

The investor’s strategy in the venture investment sector is also undergoing changes.

Two years ago, the most predictable and least risky were deals with companies that had 3-6 months left before entering the stock exchange. Such an approach in a growing market brought the investor 30-50% per annum, while the risks were minimal.

The simplicity and reliability of such a scheme led to a stir around over-the-counter securities. Over-the-counter shares began to sell for more than they later cost when placed. The market went down, and many investors who bought the paper at an inflated price got burned. For example, in the summer of 2021, Nubank shares were offered to investors at a price of about $13 per share, which turned out to be 25% higher than their December 2021 public offering price.

Currently, a more robust pre-IPO strategy involves choosing companies with greater growth potential and a longer wait to go public – from one to two years.

At Veligera Capital, we believe it is right to form a portfolio that is neutral to a possible correction by choosing companies whose business growth is not much affected by the situation on the stock market, as well as through sectoral diversification. We are most interested in such areas as business process robotization, the gaming industry, electric transport and related technologies, cybersecurity, and alternative food products. According to Veligera Capital analysts, normal diversification is achieved by investing in at least 15 companies in the pre-IPO segment.