Eat Just has announced that its mung bean protein — the key ingredient in vegan egg replacer JUST Egg — has received approval from the European Commission. This means that the markets of the European Union and the European Free Trade Association are now open for JUST Egg. The startup plans to start sales as early as this year.

Since Brexit, the decision of the European Commission does not apply to the UK, however the company is “actively engaging with the UK’s Food Standards Agency on a regulatory path to market”.

Eat Just also states that the decision of the European regulator prohibits the use of mung bean protein for plant-based egg products by other food companies for a period of five years unless separate authorization is obtained from the Commission.

“This first-ever EU approval for a novel legume protein marks a key step forward for the plant-based food sector. It’s excellent news that European citizens will soon be able to try JUST Egg, which consumers in other parts of the world already enjoy,” Alex Holst, Senior Policy Manager at the Good Food Institute Europe, said in a statement. 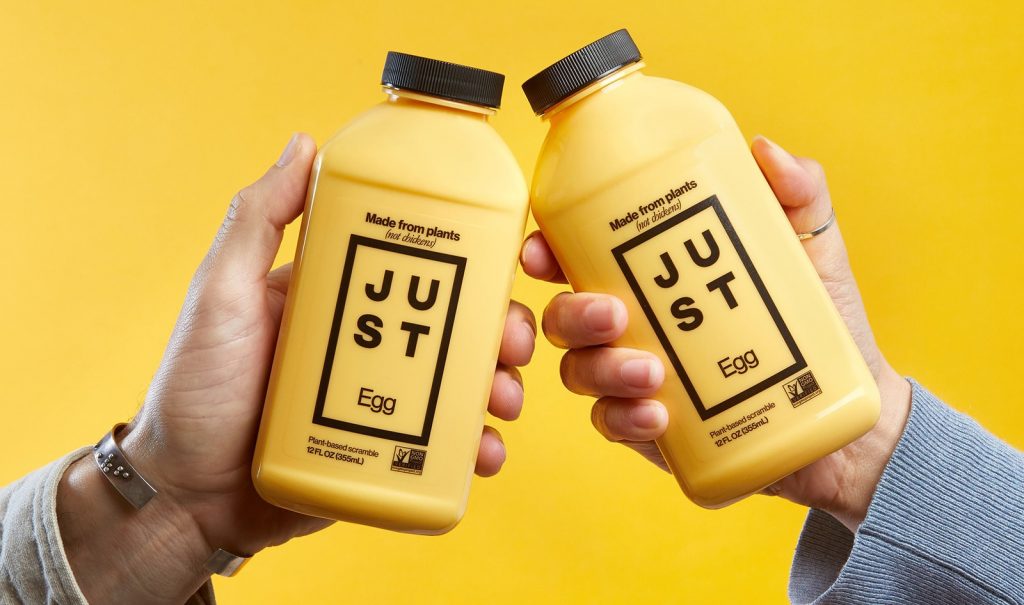 JUST Egg’s expansion to Europe comes after strong growth in the US market where since 2018, vegan egg sales have spiked up 1,000 percent – with JUST Egg making up 99 percent of the US vegan egg sector. In Europe, plant-based food sales reached €3.6 billion in 2020, a growth of 28 percent since 2019 and 49 percent higher than 2018. SPINS and non-profit organisation The Good Food Institute reported in their summary report that sales of plant-based eggs increased by 42% last year.

Last month, Eat Just announced it had broken ground on the largest plant-protein factory in Singapore, which is set to produce thousands of tonnes of alt protein, primarily mung bean protein for JUST Egg, following a $120 million investment.