StoreDot has publicly confirmed: XFC technology charges batteries at a rate of 5 minutes for every 100 miles of mileage

StoreDot, a pioneer of extremely fast Charging (XFC) battery technology, has publicly demonstrated the ability to charge a battery cell of a full-scale electric vehicle (EV) at a charging rate of 100 miles of mileage for every 5 minutes, which corresponds to charging 200 miles of mileage in 10 minutes. The demonstration took place on May 11 on the stage of EcoMotion Week 2022 in Israel, a live broadcast was conducted. The video is available on the StoreDot channel. 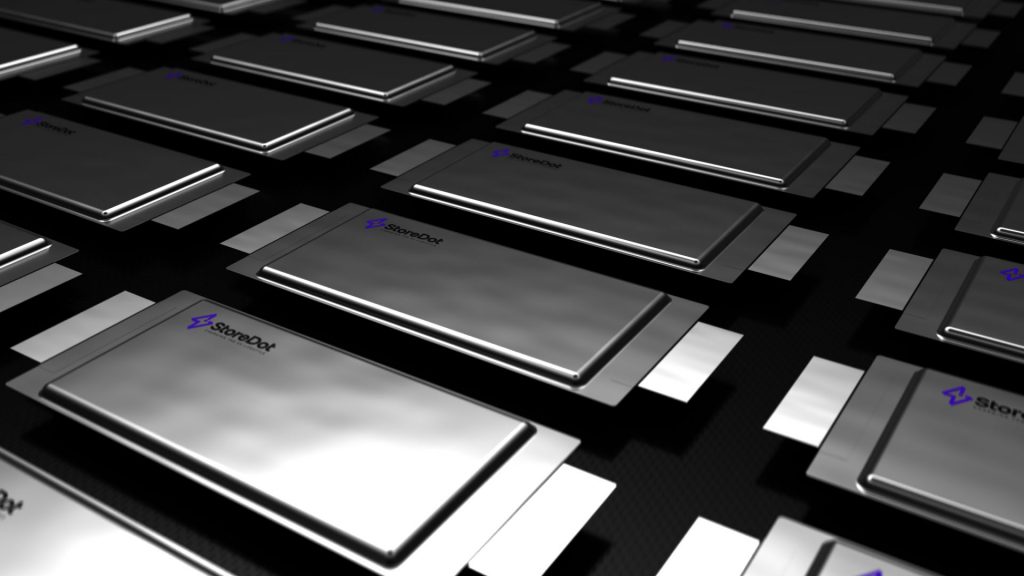 The cell confirmed the charging speed corresponding to 100 miles of mileage for every 5 minutes of charging. During the demonstration, all critical parameters of the battery (the state of charge, voltage and charged capacity) were monitored in real time and were at the optimal level. The battery temperature has never exceeded 33°C, which is significantly lower than the recommended operating temperature set by StoreDot engineers.

According to StoreDot’s strategic plan, the “100inX” technology will facilitate a rapid transition to electric vehicles, providing a battery charge equivalent to 100 miles in 5 minutes (“100in5”) by 2024, in 3 minutes by 2028 and in 2 within a decade.

Yaron Fein, vice president of research and development at StoreDot, said: “Today’s demonstration represents the successful completion of another milestone on StoreDot’s ambitious technological map. As part of our intensive development program, batteries capable of withstanding more than 1,200 consecutive extremely fast cycles have already been created. By the end of this year, we aim to increase the number of cycles in our elements for electric vehicles to a level exceeding one thousand. We remain committed to achieving “100in5” by 2024, while remaining on track to achieve our ultimate goal of “100in2″ by 2032.”

Doron Myersdorf, CEO of StoreDot: “The successful demonstration of StoreDot’s ultrafast battery charging technology in front of a live audience demonstrates our full confidence in the path we have chosen to make a global leap in the use of electric vehicles. Off the stage, our revolutionary technology continues to be tested by leading automakers under severe load conditions, ensuring that nothing will interfere with our strategic goal of helping our customers achieve excellence and leaving doubts about the range of electric vehicles in the past.”

Since July 2021, the shares of the Israeli startup StoreDot have been included in the portfolio of investors of Veligera Capital.